Sueca takes third place as the most expensive housing in Spain 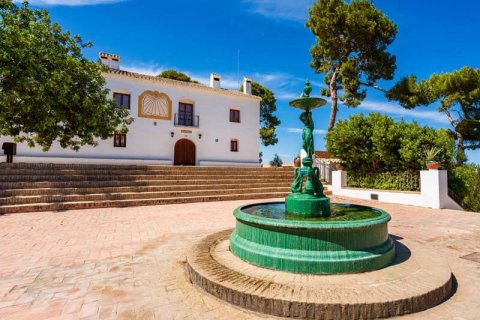 Sueca is a city in the province of Valencia and the capital of the Ribera Baixa region, with a population of just over 28,000 people. In terms of the growth in home prices over the previous year, this city ranks third in the country. In the previous 12 months, the cost of real estate per square metre in this area increased by 16.28%. In the city, prices have been rising consistently over the past six months.

According to the most recent report on the valuation of real estate in small towns across the country, based on 25,000 people, published by the Ministry of Transport, Mobility and Urban Agenda (MITMA) of Spain (note: Ministerio de Transportes, Movilidad y Agenda Urbana), the average square metre of housing in Sueca cost 1,091.6 Euros. Due to the same sixteen percent growth over the previous year, the city has reached this level. In the municipality, a square metre costs 938.7 Euros in 2021.

Only two cities in Spain showed more impressive growth rates than Sueca: Ciutadella de Menorca (21%) and Huesca (17.7%). These cities, together with Sueca, are the top three in terms of price growth in the country. They are followed by: Pontevedra (15.3%), Pamplona (16%), and Almuñécar (15.3%). All other Spanish cities showed house price increases below 15%.

In general, the Ribera Baixa capital’s real estate market has expanded significantly faster than the rest of the country in recent years. Demand did not noticeably decrease in price or quantity until the fourth quarter of 2020. The price per square metre at that time was roughly 912.6 Euros. Sales and prices have increased rapidly since then, rising by more than 200 Euros in just two years. Only from the first to second quarters of 2022 did prices rise by around 80 Euros.

If we compare Alcira and Algemesi, cities of the same population in Valencia, with Sueca, then the performance of the capital of Ribera Baixa is even more impressive. Alcira, the capital of the Ribera Alta region, has also experienced growth over the past two years, but this development has not been consistent and has been accompanied with obvious devaluations of housing on the market. For example, the price per square metre in 2021 finished at 787.2 Euros, and already in 2022, the first quarter saw a decrease to 744.6 Euros.

By the end of the second quarter, when the rise in home prices had reached 800.6 Euros, the decline had been repelled. In the capital Ribera Alta, a typical 90 square metre apartment thus hit a value of roughly 72,000 Euros. However, the price in Sueca for this time period has already surpassed 98,000 Euros.

In the case of Algemesi, the situation is even more ambiguous. Over the previous two years, there hasn't been much of a change in the price of houses available for sale. The price per square metre was 681.2 Euros in the third quarter of 2020. Since then, there have been clear phases of price growth and decline. The peak was 719 Euros at the end of 2021, but the cost of housing had already decreased to roughly 662 Euros by the second quarter of 2022. As you can see, the difference between Algemesi and Sueca was more than 400 Euros.