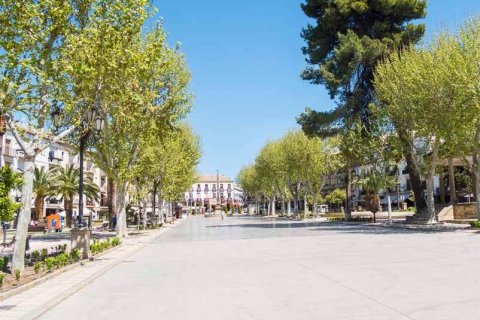 According to the international report «Main Streets Across the World», prepared by the real estate consulting company Cushman & Wakefield, Paseo de Gracia is the shopping street with the highest rental rates in Spain. With an average rate of 2,677 euros per square meter per year, Paseo ranks 18th in the world. Brands such as Dior, Versace, Loewe and Swarovski are located here.

To break into the lead, Barcelona street had to overtake Portal de l'Angel, who previously held the first place in this rating. The last update of the rating was carried out in 2019, and during that period the five leaders also included Madrid's Serrano, Gran Via and Preciados streets.

On a global scale, Manhattan's Fifth Avenue, in New York, has become the most expensive street. The average rental rate here is at the level of 21,100 euros per square meter per year. The strength of the dollar and the post-pandemic recovery have played a big role in New York's leadership in 2021-22. However, the current economic situation may also move Fifth Avenue off its pedestal.

But back to Spain. As mentioned earlier, next to the Paseo in the rating there are a number of streets at once: Portal de l’Angel, Serrano, Gran Via and Preciados. The last three are located in Madrid and have quite good prospects for growth. The demand for them is great, the appetite of retailers and businesses for it is high, and the shortage of elite objects is visible to the naked eye, which forces buyers to compete very actively with each other, and sellers to dictate terms. Large companies and brands of luxury goods and services will still play a role in the growth of prices and rental rates for real estate in these areas of Madrid.

According to Cushman & Wakefield, collectively, the designated streets of Barcelona and Madrid recorded a total of 86 rental transactions for premium and super elite real estate in the first 9 months of 2022. This is 25% more than was concluded for the same period a year earlier. Despite the difficult periods for the real estate market and the economy that the country has had to go through in recent years, the premium sector maintains almost unshakable growth stability and is going to maintain this state of affairs in the future. These districts of the largest cities of the country are the most advanced examples of the development of the elite sector.

In general, both market participants and participants in the construction sector, retailers, brands and analysts express a high degree of confidence in the future of this market. The market will definitely slow down in the near future as a whole, but the growth will not stop. The changes will be heterogeneous geographically and by sector.