Where is the most expensive property in Spain? 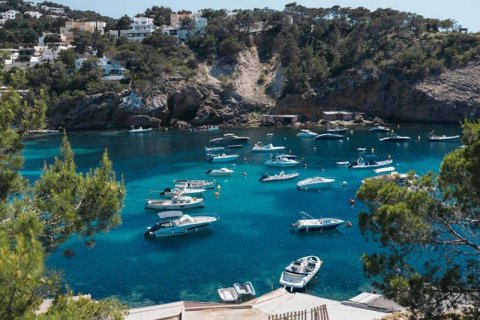 The Balearic Islands offer the most expensive holiday homes in Spain. The average cost per square meter in the first quarter of this year was €2,466. The most expensive is the purchase of real estate on the island of Ibiza. Here, prices per square meter reach €3,268. Moreover, according to the report "Housing on the coast 2022" published by Tinsa, the Balearic Islands are characterized by the largest difference between the cost of primary and secondary real estate.

The total average cost of primary and secondary real estate in the Balearic Islands, as mentioned above, is €2,466 per square meter. On an annualized basis, it grew by 8.6%. According to Tinsa, this happened as a result of "overheating of the market, given the high demand and the revival of the supply of new buildings, although the latter remains limited."

According to Tinsa, the average cost per square meter in the secondary real estate market is €6,000. In 2021, sales increased and prices reached higher levels than in 2019.

In the Balearic Islands, the activity of development companies is limited. The number of permits for new buildings has decreased compared to the pre-pandemic period. In 2021, it amounted to 3,057, of which 2,513 were issued to coastal municipalities.

The real estate market in coastal municipalities is the most active. Sales and developments accounted for 89% and 82% of total sales on the island.

Most of the buyers are foreigners from Germany, Great Britain, as well as the countries of Northern and Central Europe. Demand from Spaniards is in the minority and comes from residents of Madrid, Barcelona, and the Basque Country.

The island of Ibiza is the only area that has experienced market overheating. The average cost of primary and secondary real estate here is higher than during the boom in the first decade of the 2000s. This is true for Ibiza, where, according to Tinsa estimates, the average price in the first quarter of 2022 rose by 20% above the 2008 high. Santa Eulalia (+18%), Sant Josep de sa Talaia (+16%), Sant Antoni de Portmany (+9%), Capdepera (+6%), and Soller in Majorca (+1%) are also higher than the 2007/2008 peak.