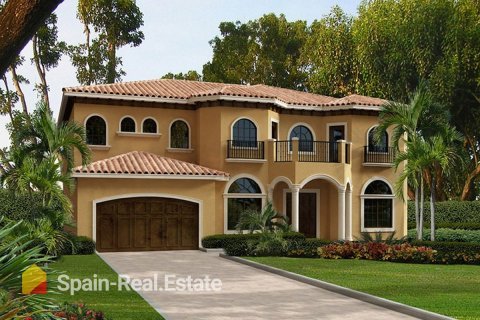 The data obtained for the first three months of this year already allows us to compare the impact of the coronavirus from the moment it began, quarterly and by year.

Overall, the average house sale price reached 1,789 euros per square meter in the first quarter of 2021 in Spain. During this period, the average purchase and sale transaction amount was 261,085 euros.

These figures represent a quarterly growth of 0.22% and an annual growth of 1.01% compared to the same quarter in 2020.

In terms of location, the municipalities with the populations of more than one million people (for example, Madrid and Barcelona) were most affected by the pandemic.

Thus, prices fell by 0.17% in annual terms. The biggest decline occurred in the third quarter of last year, when prices fell to 4,291,9 euros per square meter. However, prices recovered, as they rose by 0.34% in the last quarter.

In cities with a population between 50,000 and 150,000, prices have risen despite the economic crisis. In particular, prices have increased by 2.6% over the past year, and by 0.96% over the last quarter.

This growth can be explained by the increasing atomization of cities and the effect of crowding out large cities with smaller ones that are cheaper to build housing.

According to the Continuous Register of the National Institute of Statistics (INE), corresponding to 2019, there are 148 municipalities in Spain with a population of more than 50,000 people. For example, these are cities such as Rivas-Vaciamadrid, Parla or Pozuelo in Madrid, or El Ejido, Mijas, Cádiz, or Salamanca.

Municipalities with a population between 150,000 and one million inhabitants also have positive data. There, prices have increased by 1.2% over the past year, although in the last quarter they fell slightly by 0.09%.

In Spain, there are 63 municipalities with more than 100,000 inhabitants, of which twelve belong to Andalusia, eleven to Catalonia and ten to Madrid, according to INE. And of 8,131 municipalities in Spain, at least 5,002 have a population of less than 1,000.