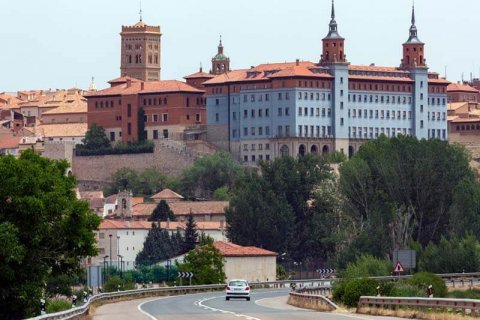 The results are impressive. Luis Fabra, director of the Department of Real Estate at the University of Zaragoza, identified data on real estate sales and purchases in Aragon in the first quarter of 2022. Over the past 12 months, there were 15,488 sales and purchases (4,136 in the last quarter, an increase of almost 18% over the previous quarter as well as year-on-year). According to Fabra, these figures broke the downward trend in the second half of last year and became the best quarter since the second quarter of 2008.

These positive indicators are both for new housing – it is almost 24%, and for the secondary fund, and the first indicator is the best since the second quarter of 2013, and the second – from the third quarter since 2006.

In terms of sales, almost 20% are new, usually vacant, and 80% are secondary, almost 19% are single-family, and the rest are more spacious. According to Fabra, this represents a "return to normal life", since after the end of the pandemic, there is an important trend towards buying and selling large terraced houses. As for buyers, almost 7% are foreigners, an upward trend, since the average over the past 12 months was just over 6%.

As for prices, there was also an upward trend in Aragon (this can be applied to the whole of Spain). The cost of housing reached 1,474 euros per square meter. This is a quarterly growth of 2.20% and an annual increase of almost the same figure.

In terms of new construction, 2,145 permits have been issued over the past year, although, according to Monton, "what is happening will not be visible until the next reports." Demand remains, which may be facilitated by active investments. They exceed the supply, as most of what is starting to be built has been sold. The risks we have to face are price increases both in construction, which is 20%, and in the labor sector, although it is only 0.4%.

The number of mortgage loans for housing reached 11,194 (February of this year), with an increase of almost 25% over the year, and the percentage of sales was 72%. The interest rate is at a "minimum level," Aguerri said, and is 1.91%.