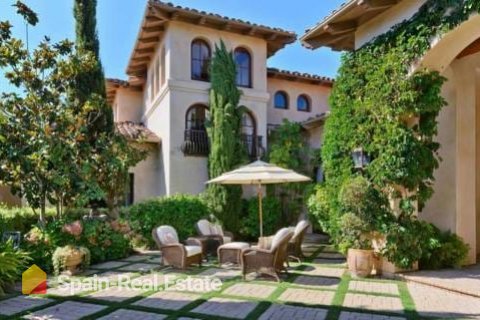 According to the monthly sales price report from Pisos.com, the average price for secondary housing was 2,792 euros per square meter in Madrid in April 2021. This figure increased by 1.15% compared to March, which is the second highest figure in Spain. Year-on-year growth was 5.84%, the highest in the country. Madrid was the second most expensive autonomous region, behind only the Balearic Islands (3,065 €/m2). In addition, Madrid was the third most expensive province. As for secondary housing in Spain, the average price of 1,710 euros per square meter was registered in April 2021, showing a monthly increase of 0.65%. Year-on-year growth was 0.71%.
"After the first quarter, the real estate sector continues to show great stability and strength even in the midst of a pandemic," says Ferran Font, Director of Research at Pisos.com, acknowledging that "the impact of the health crisis in some areas of the Spanish economy seems to have bypassed house prices." Representative of Pisos.com clarifies that this sustainability "is more noticeable in new construction, where banks, in order to contain the decline, are more demanding on the pre-sale level when providing financing to a developer." As for secondary housing, Ferran Font adds that "higher-quality houses are holding up best."
However, the head of the real estate portal points out that "access has become more difficult for those who have become unemployed, while a large number of those who have jobs have decided to block their savings as a precautionary measure." There is the position in sales and mortgages, which continue to show adjustments. In addition to the evolution of these figures, Font draws attention to the changing preferences of buyers: "No one can deny that the tendency to look for real estate with a large open space is a reality."