Inmsa: Wealthy buyers invest in real estate in Spain and the USA 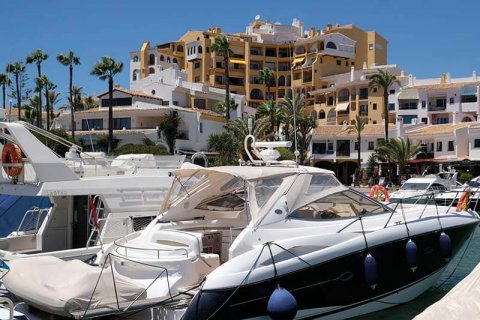 The worldwide real estate market started to actively recover when the pandemic crisis ended, bringing back former investors and attracting new ones. Even if there are currently enough developing and promising markets for investments on a global scale, the biggest players continue to make a big bet on the USA and Europe. So far, roughly $ 9 trillion has been invested in both directions by the 200 largest investors in the sector for the second half of 2022. Despite the fact that the European market is drawing more and more attention.

This information was brought up by Mariano Capellino, CEO of Inmsa, the American real estate management company. He said: “Today, investors are continuously moving away from the big US cities and toward the major capitals and cities of Europe. Obviously, Germany and the UK receive the most investment by virtue of their size. However, France and Spain, which already receive a much higher inflow than other countries on the continent, will immediately follow them.”

In addition to Europe, the United States might potentially be replaced by Latin America, with Mexico at the top. According to Capellino, large investors may begin investing in the Central American market as early as 2024. However, the region has only received 1% of global investment so far and will not be able to challenge Europe’s leadership.

The CEO of Inmsa continues, "Developing countries have not provided Mexico with any significant capital inflows in recent years. The political and social environment does not maintain confidence, and there is only a weak amount of international demand stimulation. These problems, along with a number of other issues, affect Mexico significantly, but they indicate a trend towards change. For the next two years, the situation will remain difficult, but there is yet hope for the future.

In the US, declining rental incomes, inflation, and high interest rates are holding investors back, which is weakening overall demand. Due to the common consumer’s inability to reach the market, it has generally compressed and cooled down. According to Inmsa, the market's current data already indicates clear downturn patterns in the US market.

Mariano Capellino adds: “In Europe, the situation is different. Since interest rates are still quite low, inflation is not too intense, and the economy's negative trends are not yet as pronounced, the Eurozone presents excellent investment opportunities. Additionally, there is a high demand for housing among a broad group of potential buyers as well as the ability to sell it. You might earn an extremely alluring return not only on the capital invested but also on debt obligations. For example, in Spain in 2021, there was a price increase of 10% in Spain in 2021. The market may slow down, but it won’t happen soon.”

According to Inmsa, local real estate markets will grow stronger as a result of low rates that are below inflation in various European markets. Though they will undoubtedly rise by the end of the first half of 2023, the growth in lending rates will stabilise over the medium and long term. Their future actions will be connected to the development of the general economic situation. The issue with lending will improve if inflation starts to decline. Perhaps by the end of 2023 or the start of 2024, this will actually happen.