Squatter lawlessness: how residential property in Spain is cheaper by 30% 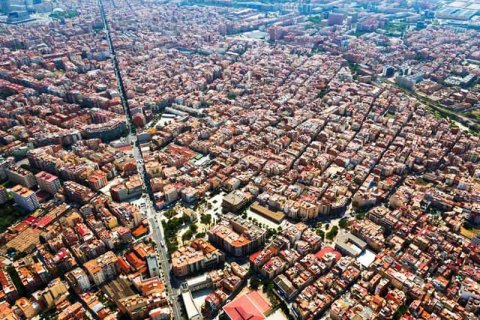 Squatting is the process of unauthorized settlement of someone else's living space. This illegal trend is observed in many countries, but has worsened in Spain over the past few years. A recent study by the Ministry of Internal Affairs revealed 13,389 complaints in the first 9 months of 2021. This is 20% more than in the previous year. According to statistics, over the past 5 years, the number of squatter acts has increased by 40%.

At present, there are more than 120,000 illegally unauthorized properties in Spain. The greatest swatter activity was seen in Catalonia. The autonomous community accounts for more than 40% of complaints, which is almost 4 times higher than in Madrid and 3 times higher than in Andalusia, the Valencian Community, Castile-La Mancha, and Murcia. This information was shared by Jesús Duque, vice president of Alfa Inmobiliaria, which has a network of franchise agencies in Spain and 113 offices abroad (Mexico, the Dominican Republic, Bolivia, and France).

According to Duque, one of the features of residential properties occupied by squatters is that many of them were inherited. "Because these houses have remained empty for a long time, they have become easy prey for offenders," he says.

Legitimate property owners have to cope with the damage caused by squatters for a long time. "In addition to the emotional problems caused by this situation, it takes an average of three to six months at best to return the unauthorized property to the owner. The costs of lawyers and major repairs, which he will have to deal with after the eviction, should add to this. In some cases, homeowners have to pay squatters a lot of money to get their property back in a shorter time," adds Duque.

In response to this situation, Alfa Inmobiliaria representatives conducted an internal study, the results of which showed that the owners of unauthorized real estate are willing to sell it for 30% cheaper to get rid of the problem faster.

Despite such significant concessions, it is not easy to sell squatters' real estate. Some reasons are obvious: the lack of photos of possible damage to the house after it was used by outsiders, as well as information about the amount of time that the eviction process will take (as a rule, it lasts for months during the so-called "urgent eviction").

In addition, the new owner will have to face various costs from the moment he bought the property (even though he will not immediately have the right to use it), such as ITP (property transfer tax). "The buyer faces a rather difficult dilemma, although the cost of housing in these cases is lower than the market," adds Duque.

Squatter lawlessness also leads to the fact that the average time for the sale of such real estate may last a long time (up to 10 months), which is significantly higher than the average for any city in Spain. Although Alfa Inmobiliaria representatives note the growing activity of specialized companies interested in acquiring unauthorized residential real estate.