Rental prices grow at the same rate as salary, while housing costs remain at 41% 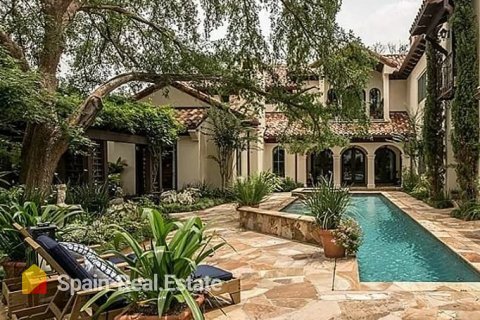 In 2020, Spaniards had to give 41% of their salary to pay for housing rent, which corresponds to the same percentage as a year earlier. The reason lies in the fact that salary and the rental price grew at almost the same rate. As a result, an average salary growth of 4.9% was offset by rent growth of 4.6%. The Relación de salarios y vivienda en alquiler en 2020 study says about it. This study is based on average rental housing prices from the Fotocasa real estate portal and average salary data from job offers on the InfoJobs platform.
In 2020, rental prices in Spain closed with an annual increase of 4.6%, amounting to 10.65 euros per square meter per month in December. Taking into account the average salary in Spain, recorded by InfoJobs, which amounted to 25,173 euros per year (2,098 euros per month) in 2020, Spaniards had to allocate 41% of their salary to pay for rental housing with an area of 80 square meters. Between 2015 and 2018, the percentage gradually increased from 28% to 34%.

María Matos, Fotocasa's research director, reminds that the current 41% is still far from the recommended maximum range of one-third of income, which is between 30% and 35% of salary. "The large percentage that is allocated on average to rent payments is a reflection of the significant price increases that have occurred in recent years." However, a significant decrease begins to be observed in 2021, especially in major cities such as Madrid and Barcelona, "and this may make it possible for us to return to the figures before 2018 in the near future."

In the year of the pandemic, 7 out of 17 autonomous communities reduced the percentage of the budget allocated for rent. The Canary Islands is the region where this figure has fallen the most, from 43% in 2019 to 36% in 2020. The other regions with a decrease are the Balearic Islands from 50% in 2019 to 44% in 2020, Madrid from 56% to 50%, Catalonia from 56% to 53%, the Basque Country from 51% to 49%, Andalusia from 35% to 34% and the Valencian Community from 34% to 33%.
Despite this decline, renters continue to spend more than half of their income on housing in regions such as Madrid and Catalonia. More than 40% of the salary has to be saved for housing in the Basque Country and the Balearic Islands.