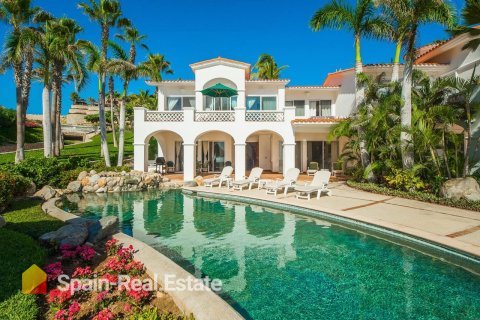 According to Engel & Völkers Mallorca, online requests for luxury real estate in Mallorca in the first quarter reached a record-breaking level, with an increase of 66% compared to the same period last year.

The company's manager in the Balearic Islands, Florian Hofer, notes that this historical record of requests from potential buyers "is a reflection of the great interest that Mallorca arouses from customers, even in such difficult times as these."

Engel & Völkers Mallorca closed 2020 with a brokerage volume of 410 million euros, which is slightly lower than 470 million in 2019, mainly due to mobility restrictions, according to the company's report.

Buyers from Northern and Central Europe once again dominated the company's real estate deals in 2020. The majority of Engel & Völkers customers are from Germany (63%), the UK (12%) and Scandinavia (6%). 8% of transactions are made by Spaniards, the Swiss (3%) and the Austrians (2%).

According to the real estate agency, interest in the Palm Tree has increased due to investments in infrastructure modernization and eco-friendlier projects. The greatest demand is for penthouses, apartments with terraces and balconies, as well as new buildings with high standards of quality and ecological safety.

Port Andratx, Santa Ponça, Bendinat, Portals and Son Vida are the most popular areas of the island. In 2020, the average price for villas was 4.3 million euros in Port Andratx, and 4.7 million in Son Vida.

Hans Lenz, managing director of Engel & Völkers Mallorca Southwest and president of the Foundation for the Preservation of Mallorca, explains that last year "the premium sector was particularly dynamic, with sales prices ranging from 8 to 12 million euros."

Villas cost less than 2 million euros in the most privileged areas of Artá and Colonia Sant Pere, which have the potential for revaluation at a cost of 1.7 million euros.