Interest in buying villas stabilizes as demand for apartments increases 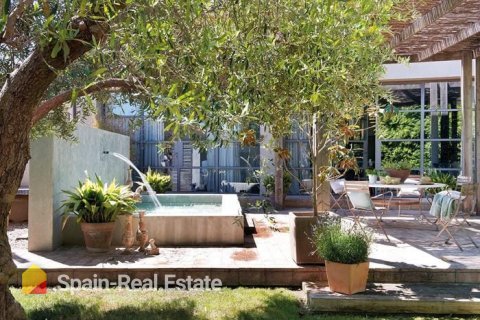 The interest in moving to a more spacious house, with a large open space, garden or terrace has become one of the main changes caused by the pandemic in the Spanish real estate market. According to data by Idealista, the leading property market in Spain, Italy and Portugal, since April last year, relative demand for villas sharply increased in the second and third quarters of last year, during mandatory self-isolation. People, being alone at their homes, realized that they no longer want to live in the house, where they lived, and began to look for more spacious housing.

The growing interest in buying single-family homes began to normalize after this first surge in demand, and many people decided to make a deal and issued it in 2020, as confirmed by the data of Land registrars.

Now, having obtained data for the first quarter of 2021 from the relative demand indicator for housing for sale from Idealista, we can observe an increase in demand for the supply of both apartments and villas in each of the autonomous communities. While at the end of 2020 this relative demand, especially for single-family homes (1.2 %), seemed to take a breather. At the beginning of the year it increased again in all regions (by an average of 1.4%) except for Madrid, where it fell by 2% in March compared to December.

Meanwhile, demand for apartments increased to 1.3 % on the national average, with growth in all regions except for Cantabria, where it fell by 3.8%.

In all autonomous regions, there was a greater increase in demand for villas than for collective housing except for Andalusia, Castile-La Mancha and La Rioja. However, in the period from January to March, apartment prices increased the most, by an average of 14.3% compared to 11% for detached houses.

On a quarterly basis, Navarra (26.3%), La Rioja (21.2%) and Murcia (15.8%) had the largest increases in single-family home prices. In contrast to the aforementioned drop in Madrid, the increase in demand remained stable in the Basque Country (2.5%) and Cantabria (3.3%).