Housing demand in Murcia increased by 2.75% from foreigners 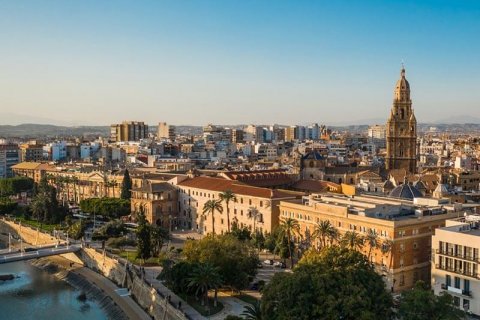 Foreign purchases increased by 2.75%, with the British leading in demand for real estate.

The recovery in mobility and the increased presence of foreign nationals during the summer have contributed to increased home purchases in the region by international clients.

The British remain the main clients for real estate in the community, while in Spain as a whole, the performance of the Germans stands out.

Thus, out of 5,189 housing purchase and sale transactions registered from July to September in the region, 17.44% were made by foreign clients, which is the fourth indicator among the autonomous regions regarding the total number of transactions. The Balearic Archipelago ranks first with a 34.3% share, followed by the Canary Islands (26.63%) and the Valencian Community (19.68%). A positive trend is more intense in the Mediterranean region and on the islands, and thanks to which Murcia remains ahead of Andalusia (11.36%) and Catalonia (11.03%).

The national average for the overseas property market is 10.77%, which is almost 7 points below the indicator for Murcia. However, year-on-year, the growth of foreign buyers, 22.8%, compared with the summer of 2020, at the height of the pandemic, is lower than the growth for the country as a whole, 26.2%. At the same time, the territories that lagged behind the most in 2020 are developing better: Castilla y Leon, Castilla La Mancha and Galicia, La Rioja and Navarra.

The improvement in this partial data for 2021, compared with the downward trend seen after the health crisis, further highlights a rebound in foreign demand, gradually approaching pre-pandemic levels.

A report from the registrars, whose dean in the region is José Ramón Sánchez Galindo, shows that, in addition to the dominance of UK citizens’ investment in the Costa Calida, it is striking that for the first time since this statistic, the British are not leading the way in shopping in Spain. The most significant percentage falls on the Germans - 10.42% of the total.