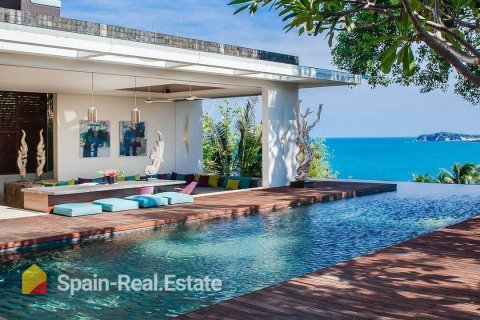 Culmia, one of the leading developers in Spain, is launching the Culmia Arbeyal Gijón project, located on the beach of the same name between the neighborhoods of La Calzada and Natahoyo.
- The project consists of 48 apartment buildings with 2, 3 and 4 bedrooms, all of which have terraces with sea views.
- The complex, adapted to the environment, is characterized by high energy efficiency and has an energy rating.
- Culmia, the developer, has already built more than 350 houses in the Principality of Asturias in 7 different locations.
The project consists of 48 apartment buildings with 2, 3 and 4 bedrooms, ranging in size from 91 to 170 sq. m., 60 parking spaces and 50 storage rooms.
All the houses have large terraces with sea views. The complex has covered communal areas, such as a social club space and a children's playground, for families who need a place to socialize in a privileged location near the famous Arbeial Beach.
Culmia already has spaces in the Principality of Asturias with more than 350 houses in 7 projects.
Culmia Arbeyal Gijón is characterized by its ecological character, which confirms its highest energy rating. All the houses in the complex are built and equipped with high-quality materials and facade insulation to control the temperature inside the building. The energy-saving system uses high-efficiency utility boilers for hot water production and heating. In addition, individual and adapted consumption meters are installed in the building, which help to reduce energy costs.
According to Javier del Castillo, Culmia's territorial director for central and northern areas, "this is an area that has undergone significant changes in recent years due to the movement of industry to the periphery, the expansion of the range of services and green spaces."