The most expensive areas to buy a house in Spain

Many people choose their future home based on how well the infrastructure developed is, how pleasant it is to live in the area, and how things are with crime. Often, cost estimation helps to answer all these questions: the more expensive apartments in Spain are, the more prosperous and developed the area where they are located will be.

The difference in price may differ by two or more times per square meter of area, even within the same city, depending on the area in which the house is being sold in Spain.

Let's look at the list of the best areas of Spain with the most expensive real estate, compiled at the beginning of June, 2022.

Madrid and Barcelona have the highest house prices in Spain. The List area turned out to be «the cheapest of the most expensive».

Sarria is considered the richest area of Barcelona in terms of earnings of residents. The district is also one of the first places in terms of population density. Sarria is incredibly beautiful and surprises with the harmony of traditional buildings and Art Nouveau architecture. In terms of real estate value, Sarria ranks 9th in the top 10 expensive Spanish districts with a price tag of 6,380 euros/m².

Madrid, like Barcelona, is the city that is most attractive to the majority of the country's residents and expats due to employment opportunities, socio-cultural diversity and tourist attractions. These factors stimulate demand and push prices up. Even the decline in the cost of housing during the pandemic in the expensive areas of Madrid was not significantly noticeable.

El Viso is part of the greater Chamartin district. Consisting mainly of residential buildings, it is currently one of the richest areas of the Spanish capital. According to this indicator, it was overtaken only by the districts of Chambery and Salamanca. Aristocrats, businessmen, politicians and diplomats have inhabited this area for the last half century. The cost of real estate here is 6,606 euros/m².

The Old Town is an area of Barcelona, which has an administrative designation under the number 1. The Old Town is located between the Mediterranean coast and the Eixample district. The historic center includes the oldest neighborhoods of Barcelona.

Buying a property in this area is possible at an average price of 6,631 euros/m².

Almagro is an elegant neighborhood that is famous for luxurious and majestic houses, embassies and art galleries. Here is the former home of the famous artist Joaquin Sorolla, which is now a museum opened in his honor. Art lovers will also find many other interesting museums here.

Those who want to join the culture can buy real estate in Almagro—at an average price of 6,657 euros/m². 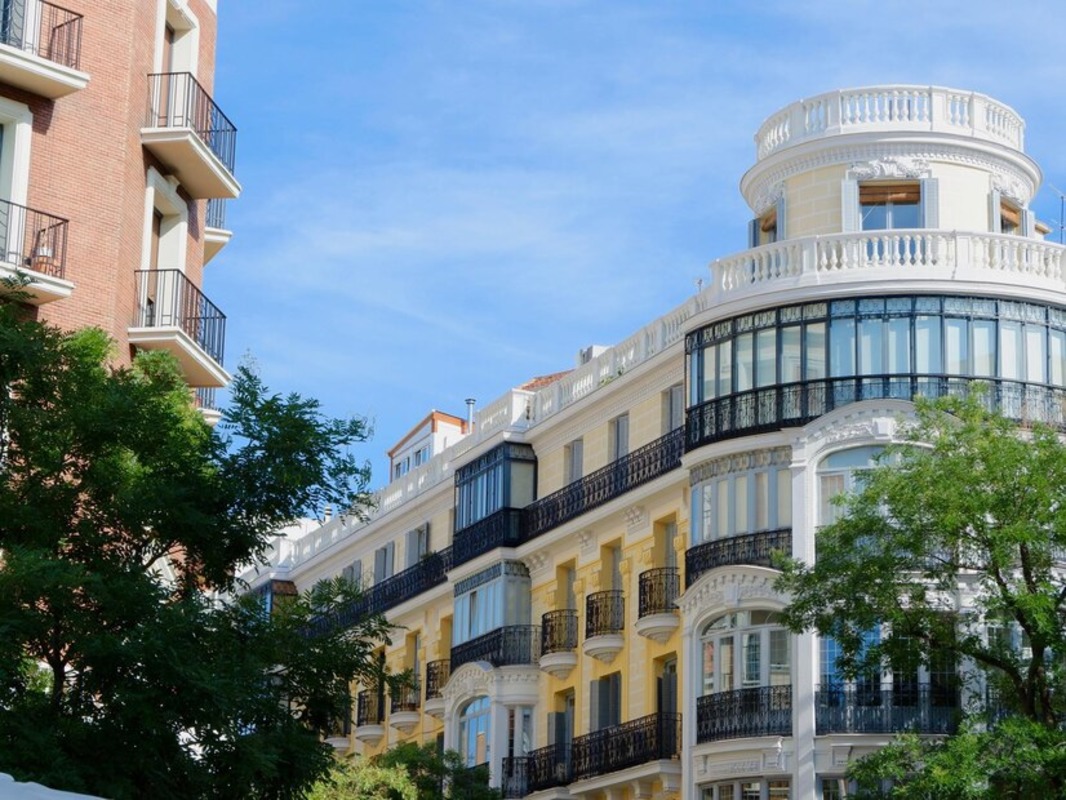 The part of the city located south of the Old Town is known as the Area Romantica. This area is full of beautiful buildings from the late 19th century. There are also many clothing stores, bars and restaurants here.

If the Parisian style is close to you, we recommend you to consider the Area Romantica for buying real estate. The price per m² of housing is 7,350 euros here.

Catseliana is an elite shopping area that is part of the large Salamanca district in Madrid. It partially includes the Golden Mile quarter with elegant boutiques in buildings of the past centuries, which amaze the imagination with magnificent facades. There is a vibrant nightlife here—first-class restaurants, bars and eateries work, and delicious cocktails are made in trendy cafes.

If you like a stormy lifestyle, take a closer look at real estate in Catseliana. On average, its cost is 7,629 euros/m².

If Barcelona residents had read this rating 30 years ago, they would have been surprised. The Maritim Front is part of Sant Marti, and is the area between the seafront, Sant Adria de Besos and the Besos River, which previously consisted of slums and poor neighborhoods surrounding the areas of La Mina, El Maresme and Poblenou. However, in the late 1990s, an ambitious reconstruction began here, due to which the district gained a new face.

The transformation continues to this day, at the same time the area is rising in price higher and higher. Front Maritim is currently the 3rd most expensive district in Spain with an average price tag of 7,634 euros/m², which is four times the national average.

The Barcelona Eixample could not fail to get on the high line of this rating. Eixample, or New Town, is a densely populated area of Barcelona, that originated in the 19th century. Then it occupied a place between the Old Town and many small towns that were located around the capital of Catalonia and which are now part of it.

If you want to live in a famous historical area, be prepared to buy a property for an average of 7,787 euros/m². Recoletos is one of the six neighborhoods of Salamanca in Madrid and the most expensive area in Spain at the moment. Recoletos Boulevard is considered one of the most beautiful in the country. Every building here is not just a mansion, but a real palace.

If you want to buy a truly luxurious royal property in the most expensive area of Spain, you will have to pay 8,749 euros/m², which is 4.5 times the national average.

So, now you know in which areas you can buy real estate in Spain so that it is a wonderful home in the most beautiful, developed and prosperous place in the country.