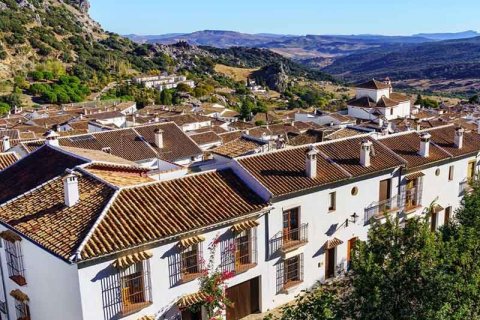 Real estate in Spain is one of the most investment-appealing assets on the international market. Spanish residential and commercial property owners can expect stable rental income and good capital gains. These factors are supported by figures that local real estate investors will undoubtedly find pleasing.

Investment in the hotel industry in Spain reached 3.2 billion euros in 2021

The hospitality sector in Spain is undergoing a period of significant expansion. In 2021, this was impacted by the widespread availability of vaccines and the removal of travel restrictions in most European nations. People resuming travel has caused increased investment in Spanish hotel infrastructure to 3.2 billion euros.

22,249 hotel room deals took place in Spain in 2021, with a total of 127 purchase and sale transactions. In 2020, the same figures were 68 and 7,228, respectively. Besides that, 18 other transactions involving properties and facilities for hotel development were made in 2021. Spain's hotel sector saw investments totaling more than 3 billion euros in both 2017 and 2018. Thus, 2022 shows a strong possibility of breaking that record.

In March and the first quarter of this year, the number of residential units for sale in Spain rose to the highest level since the 2007 housing boom. This was caused by a rise in buyers who want to conclude a transaction before the interest rate hike anticipated for the third quarter of 2022. The Chamber of Notaries' most recent statistics show that 70,812 houses in Spain were sold in March 2022, with 173,688 residences sold during the first three months.

We can clearly see how quickly the market is growing if we analyse the number of sales in each March for the past ten years, beginning with 2013. When compared to March of the previous year and March of 2019, which were before the COVID-19 epidemic began, the number of transactions signed in March 2022 rose by 16% and 37%, respectively. Sales grew by 118% as compared to March 2020, when the market was suppressed due to Coronavirus restrictions.

In all regions of interest to foreign investors, there was a significant boost in the number of transactions that were closed. Aside from the region of Murcia, these numbers increased by double digits almost everywhere. The Canary Islands (+45%) and the Balearic Islands (+21%) saw the highest growth during the first half of 2022. Sales increased by 23% in Andalusia and by 21% in Valencia, which were the top two places.

According to statistics, the pandemic recovery is not weakening, in part because of the unmet demand for real estate but also because of the rising inflation that is encouraging people to make investments in hard assets. The Spanish market expanded by 25% compared to the fourth quarter of 2021 because of these trends.

Demand for secondary property increased by 50%

The demand for resale homes rose by 50% between mid-February of last year and mid-February of 2022 and it appears that this trend will continue into the near future. It became more intense, especially in coastal areas, and occurred at the same time as a boom in the tourism sector, particularly because hotels were re-opening and people were starting to travel again.

The Spanish Costa Blanca region has the highest demand for secondary homes, with the typical buyer between the ages of 55 and 65. British nationals, who are mostly concentrated on the Costa del Sol, take the top rank on the list of foreign investors in Spanish resale properties. While French buyers have a history of loyalty to places like the Costa Brava in Catalonia, Germans seem to prefer Andalusia.

Many Spaniards were required to stay at home throughout the epidemic due to both the requirements of the local authorities and the widespread fear of the virus, with savings and reduced consumption being the results of this. Despite Spaniards being known for their vibrant social life, numerous places, including clubs and restaurants, were closed because potential tourists did not want to risk becoming sick.

There has been an increase in local buyers who have a considerable amount of savings, that can be spent on better residences and apartments in Spain, as the market progressively returns to its pre-pandemic state and the activity of its participants is recovering. Statistics show that Spanish savings have climbed to 75 million euros.

The number of properties sold may exceed 550 thousand units

Experts predict that the demand for Spanish real estate will continue to escalate quickly, at least through 2025. The number of residences sold will expand dramatically as a result, and this year's sales volume may approach 550,000 residential units. Since 2021, when houses in Spain became the centre of family life as a result of quarantine, there has been an increase in demand.

According to representatives from the UCI (Real Estate Credit Union), the Spanish market will soon experience several positive changes. They claim that right now, the primary challenge faced by the country is giving vulnerable groups of the population, such as young people, housing options. All public and private subjects must work together to achieve this goal.