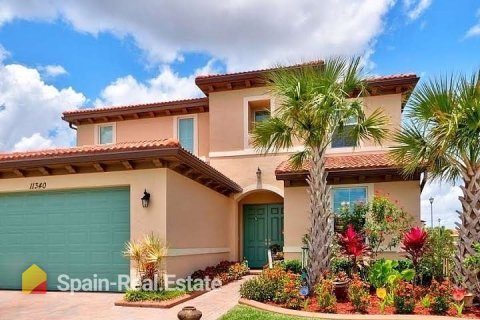 The real estate market in Aragon is close to recovering from the previous year. In fact, buying a new home in the region today costs 9.7% more than a year ago, reaching 1,919 euros per sq. m. Secondary real estate also rose 0.7%, according to statistics published on Tuesday by the Association of Registrars. One of the most striking figures in the statistics is the increase in prices for new real estate in the province of Huesca, which amounted to 45.7% (1,856 euros per sq. m.) compared to 8.6% recorded in Spain as a whole. In the province of Zaragoza, the growth was 4% (1,997 euros per sq. m.), while in Teruel it decreased by 6.3%. As for the cities, in the capital of Aragón, the value of real estate has increased by 6.4% over the past year, while it has increased by 2.6% in Huesca, and it has fallen by 12.8% in Teruel.
In Spain as a whole, the price increase was only 0.9%, which is the longest period in the first quarter of the year since 2014.
More than 3,000 transactions
Despite this, sales and purchases in April of this year in Aragon are still 6.7% lower than the figures recorded two years ago. 3,023 properties were purchased then, compared to 2,821 this year. And all this despite the fact that in the community, operations have grown by 112% over the past year, although the announcement of a pandemic and the inactivity of the market distort any comparison for the year.

However, in Spain as a whole, 9.3% more transactions were registered in April of this year than two years ago, when no one could have predicted that the pandemic would last only a year. Aragón also had 15% fewer mortgages signed up compared to 2019, although the number is 35.7% more than a year ago, according to real estate statistics.
The data collected by Spain's Registrars indicate that Aragonese people pay 520 euros a month on their mortgages, up 4.4% from a year ago, while the average size of the concluded loan is 14,172 euros, up 8.8%. In addition, it takes every Aragonese woman 23.2 years to pay off a mortgage, the fourth lowest rate in the country, according to statistics from the Association of Registrars. Almost 80% of the apartments in the region are used.