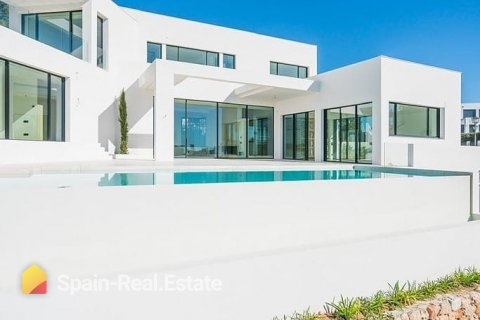 The plenary session of the Madrid City Council has approved the management agreement for the development of the new Valdecarros neighborhood. The signing ceremony took place at the IFEMA Exhibition Center during the Madrid real estate exhibition SIMA 2021.

The event was attended by the signatories of the agreement, Mariano Fuentes, Delegate for Urban Development of the Madrid City Council, Luis Roca de Togores, President of the Valdecarros Compensation Council, and Begoña Villacís, Deputy Mayor of Madrid.

During the event, the importance of Valdecarros as the largest urban development project in Spain and one of the last major land plots in Madrid was highlighted. Located in the southeast of the capital, between Ensanche de Vallecas and the Parque Lineal del Manzanares, it is one of the projects that make up the Southeast Strategy with Los Berrocales, Ahijones, El Cañaveral and Los Serros. It covers an area of 19 million square meters, where more than 51,000 free and subsidized housing units will be built to accommodate 150,000 people.

The development of this area of Madrid will be beneficial for the entire population of Madrid, as it will not only help to facilitate access to affordable housing for all citizens, but will also be a great economic boost for the region by creating thousands of jobs, both in the short term (construction) and in the long term (development intended for economic activity). In total, 480,000 jobs will be created during the construction period.

In addition, the work in the Valdecarros neighbourhood is a very important impetus for the implementation of the Los Cantiles del Manzanares Park, which is part of the "Metropolitan Forest" project, a large green area that will surround the entire city. This is an initiative of the City Council of Madrid, created with the aim of providing natural spaces where people can spend time outdoors in order to improve the health of all citizens.

The Valdecarros Construction Council, which will promote the development of the sector, has planned a total investment of 7,500 million euros, of which 1,500 million euros will be spent on urban development work, including the contribution to the "Metropolitan Forest", and the rest of the money will be used for construction work.