How do spaniards live and what type of housing do they buy?

Spain has become one of the world’s best countries for immigration because of its climate, rich distinctive culture, friendly people, opportunities to study in high-quality schools and universities, and many other bonuses. The decision to settle in this Mediterranean country is the right step towards looking for and buying real estate. Let's look at the Spanish way of life and the features of housing in Spain.

5 REASONS TO MOVE TO SPAIN

Spain has the best climate in Europe. In other countries, the thermometer drops below zero in winter but on the Spanish coast of the Mediterranean Sea, the air temperature during the day is around 18ºC. Southern Spain is the perfect choice for people who are tired of the icy air and snow. 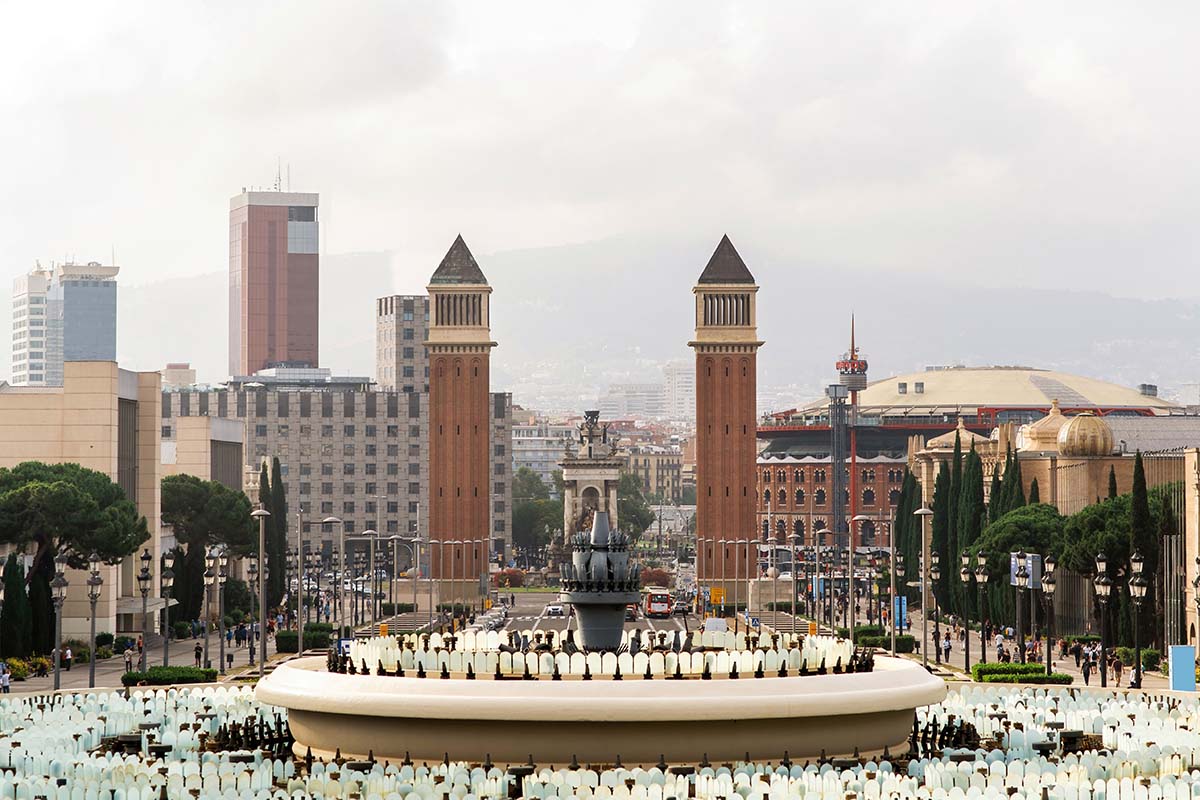 The Spanish education system after it was reorganized has become one of the best in Europe. Both local and international students can study in the most modern institutions with internationally recognized diplomas.

Living in Spain is an opportunity to see a lot of attractions. Major cities will amaze you with their historical buildings and architectural masterpieces. In Spain, you'll find contemporary and colonial, medieval and Romanesque architecture. Here you can stroll through the busy streets or go to parks and nature reserves. Picturesque cities like Toledo, Granada, Girona, or Cadaques will really impress you.

Since its beginnings, Spain has been influenced from all over the world. This has made the local culture, traditions, and customs diverse.

Each region or community of Spain has an interesting and rich history. Each town has saints, local holidays, and festivals. Did you know that besides Castilian or common Spanish, there are other official languages in the country like Catalan and Basque? Spain is a country that everyone should visit at least once in their life.

We'll not say that living in Spain is cheap but statistics show that the purchasing power here is higher than in other European countries. The costs of university tuition, meals, and rental housing can't be compared with countries like the Netherlands or France.

In Spain, you'll find a high-quality of life at a low price.

The lifestyle of Spaniards

Spaniards are descendants of a culture in which different religions and ideologies have mixed so have tolerance, hospitality and warmth. Without this, it would be impossible to have unity in the country. Some of things Spaniards are known for is maintaining a healthy lifestyle, love of sports and Mediterranean dishes, preservation of traditions, open communication, respect for the monarchy, humor, a special taste for fun, parties, a sense of independence and individual determination.

According to a recent survey, 7 out of 10 Spaniards prefer to live away from the city center, either on the outskirts of the city (34.1%) or in the countryside or mountains (37.5%). When asked about the houses they'd like to have in the future, the most popular features are environmental sustainability, terraces and gardens. Other aspects that are also important to Spaniards are parking and charging stations for electric vehicles. Respondents, especially men, prefer new homes when buying.

Bathrooms and the kitchen, windows, lighting and ventilation are what Spaniards would like to improve first in their homes.

Answering the question about how they imagine their future housing, 44% of Spaniards emphasize that “smart homes" are important. In their view, homes in 2050 will have stations for charging electric vehicles (84%) and home automation services (83%).

Almost 3 out of 4 respondents believe that houses will have spacious house plots (72%), high environmental sustainability (68%), and green areas (63%). As for the future location, the “dream houses” will be on the outskirts of cities (57.6%). 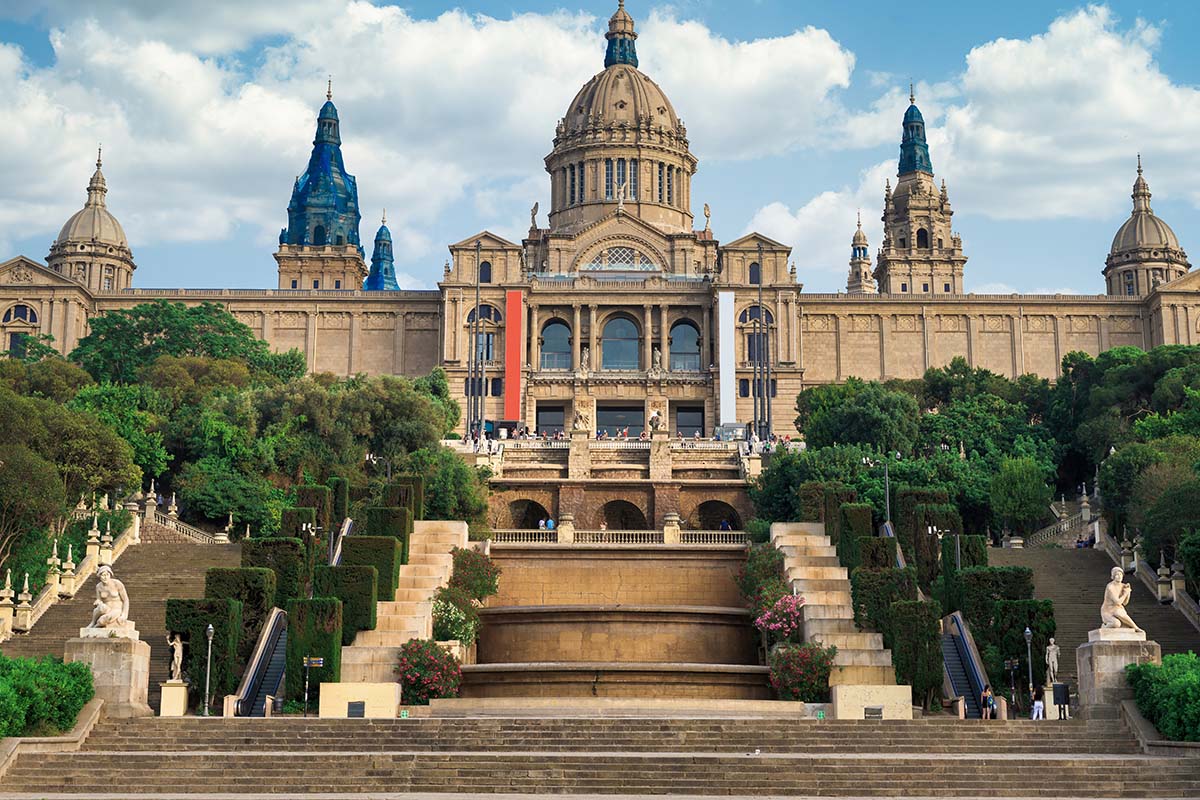 TYPES OF HOUSING IN SPAIN

In today's real estate market in Spain, there are various types of housing. A large selection allows the buyer to choose any house.

To provide you with all the information you need to choose the perfect home, the main types of single-family and multi-family housing in Spain are listed below.

When you arrive in any Spanish city, you'll see many apartment buildings for many families.

Triplexes: as the name suggests, this is a 3-section house for 3 homeowners. They were popular in the middle of the last century.

High-rise residential buildings are next to each other in densely populated parts of the city.

Features of housing in Spain

Housing in Spain is large and diverse with many unique features.

How many houses are there in Spain?

Smaller houses are in urban centers. As you move away from the center, the number of square meters increases:

In the urban centers of cities like Madrid or Barcelona, you can find housing of 30 m2 to 50 m2.

How many rooms in Spanish houses

Number of rooms in Spanish housing:

Housing with 7 or more rooms is in second place. There are more than 4,000,000 of these houses in Spain.

Attics and cellars are the smallest group of nearly 3,000,000 houses.

In Spain, housing has some unique features:

Blinds: In most of Europe and the USA, blinds or awnings aren't popular. But, in Spain, they are more common than curtains.

Flat roofs are a distinctive feature of Spanish buildings.

Walls with decorative plaster "fur coat": to build a house as quickly as possible, the technique of rough coating was used in most houses to hide the flaws of the walls and save time on smoothing and leveling.

Very long corridors: another feature is that the Spanish standard house has 3 bedrooms, 2 bathrooms, and an elongated corridor. This is because in the 1960s, many buildings used similar plans to reduce costs.

The first floor is actually on the second floor, and the apartment has 2 elements. In Spain, the numbering of floors begins with the second one, which is familiar to us. The ground floors are uninhabited and non-residential. The apartment number is a 2-digit number consisting of the floor number and the door number on the floor.

The higher the floor is, the more expensive the apartment is. Commercial premises are located on the first floors of buildings, but sometimes they are residential apartments. The lower floors are always cheaper. An apartment on the top floor in Spain has a high price because it has a terrace and a beautiful view outside the window.

Resort housing in Spain usually isn't adapted for year-round living. Tourist real estate is intended for summer living because there isn't central heating. But, developers are trying to build energy-efficient housing with comfortable living conditions all year round.

Spain.Real.Estate presents homes in Spain with a detailed description, plans, and photos. Contact us to become the owner of a new home on favorable terms! Make your dream come true right away!

We only work with proven developers in the Spanish market.